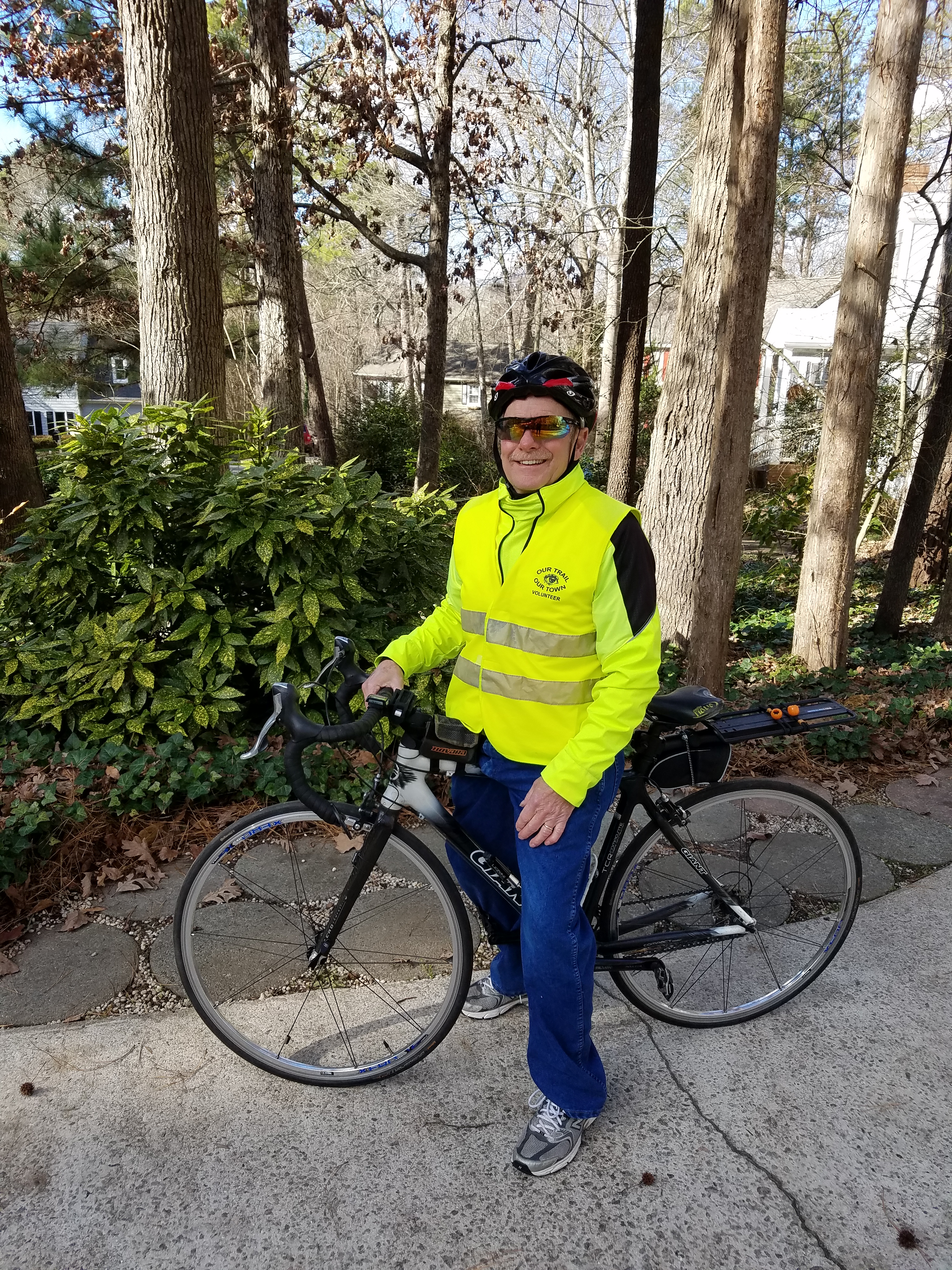 When Jim Clark’s company relocated to Durham twenty years ago, he and his family moved into one of the first houses in the Autumn Woods neighborhood in Woodcroft. Twenty years later, Autumn Woods is an active 54-household neighborhood of young families and professionals. In that time, Jim has become, as his Neighbor Spotlight nomination described, the “backbone of Autumn Woods… a pillar of civil society and a truly wonderful neighbor.”

Jim is a “friendly, smart, interesting man,” that loves to meet and help people.

In his neighborhood, Jim “plays a crucial role in building community.”

He is a dedicated block captain in his Neighborhood Watch. He watches out for the neighborhood and looks out for neighbors’ houses when they are away. He also participates in neighborhood block parties and gatherings.

Jim and his wife, Judy, host dinner parties to introduce new neighbors and connect community volunteers. “This sort of personal hospitality in the service of civic participation and the common good is a noble thing,” the nomination explained.

Jim also represents Autumn Woods at all PAC 3 meetings. He meets the “movers and shakers” of the City and advocates for his neighborhood with City staff. Afterwards, he shares meeting highlights and City updates with the neighborhood listserv. His neighbors especially value Jim’s information on how to report suspicious activity, how to secure property, and what happens after you report a break-in.

As a member of the American Tobacco Trail Watch, Jim promotes a safe environment. He reminds riders to pass on the left, keeps kids from crossing intersections without their families and helps fix flat tires.

Jim also volunteers with the American Red Cross. He manages the recovery table, where he enjoys the opportunity to learn about the latest research from RTI employees and Duke students and professors.

Jim encourages others to get involved with their community by attending meetings, such as PAC meetings and Coffee with Council, and meeting local officials, such as City Council and police who patrol your neighborhood.