Thank you to all who provided input on the Proposed Urban Avenue Street Closure & Development Agreement! Here is a summary of the outreach conducted in September 2019.

This proposal will be on the City Council Agenda for a vote and public hearing on Monday, March 2 (rescheduled from November).

- Request to appear before City Council: To make comments at a public hearing, citizens may sign up in advance of the meeting by contacting the City Clerk’s Office at 919-560-4166. Residents can also sign up at the time of the council meeting by using the “Speaker’s List” card located at the City Clerk’s desk in the Council Chambers.

The Durham City Council wants to know what you think about a potential street closing and development project.

A developer is proposing closing part of Urban Avenue (the red box) to accommodate re-use of the Brame Building (the purple star). The street is currently gravel and grass, and is not paved.

If closed, the land within the red box would be split between different neighboring property owners, including the developer. The curved, wooded area is the location of the future Durham Belt Line Trail. (See below for more details.)

Durham’s City Council has the ability to accept, reject, or modify this developer’s proposal. We will collect your ideas, concerns, and input, particularly as it relates to the Belt Line Trail component, for presentation to City Council later this year.

The City conducted outreach in September 2019 to gather community input for this project.

To get updates about this project, sign up on our interest page.

The developer is proposing re-using the current Brame Building for office tenants and using the former street for a parking lot (including 15 public parking spots). The image below* also shows the developer’s donation of 100’ of Belt Line Trail. 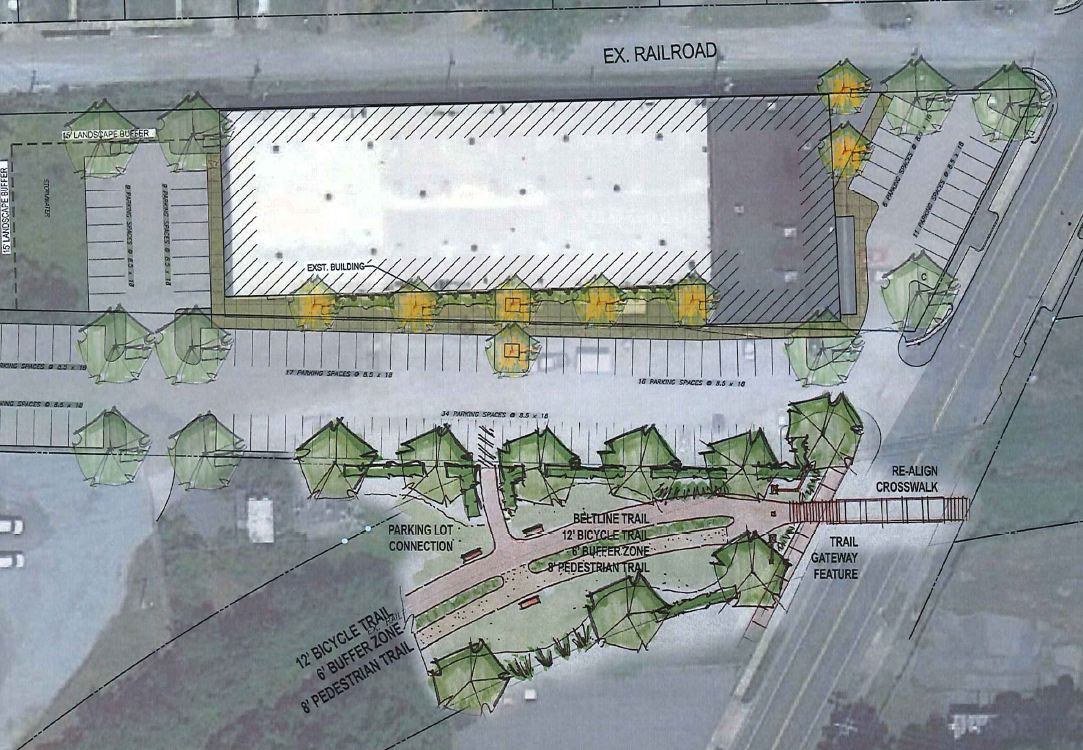 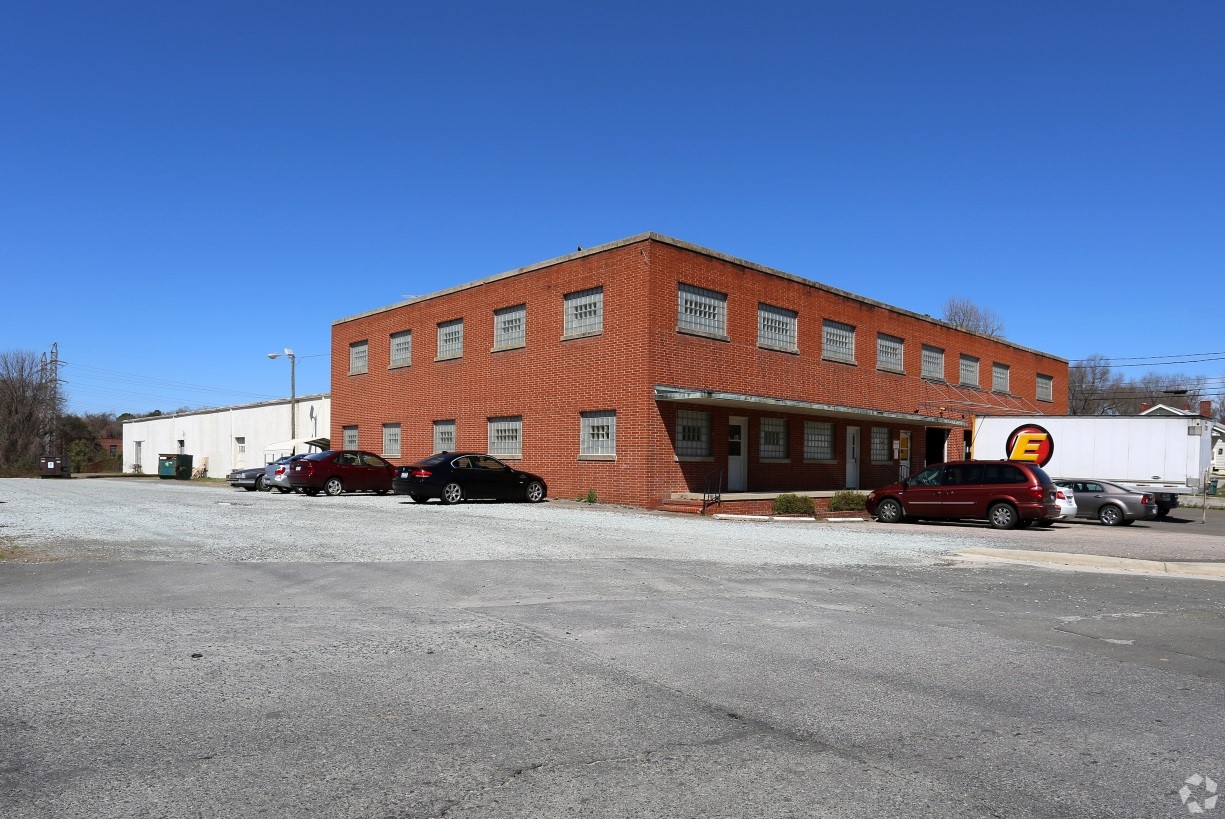 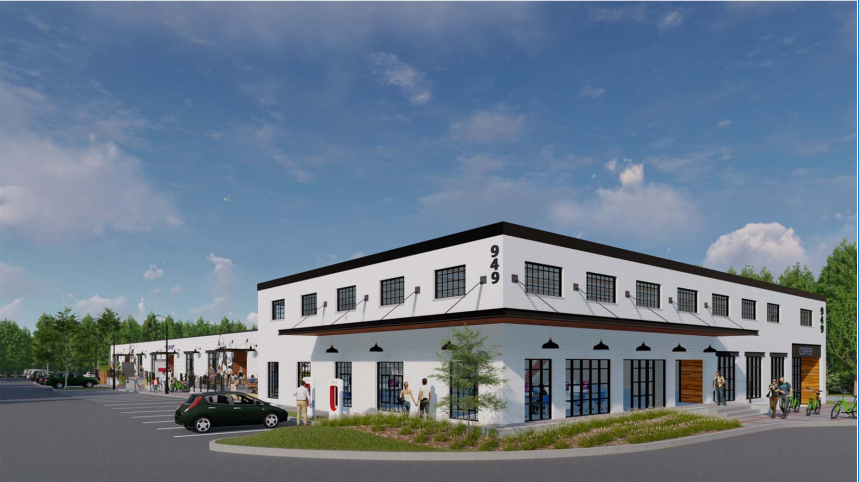 * denotes images were provided by the developer and are conceptual.