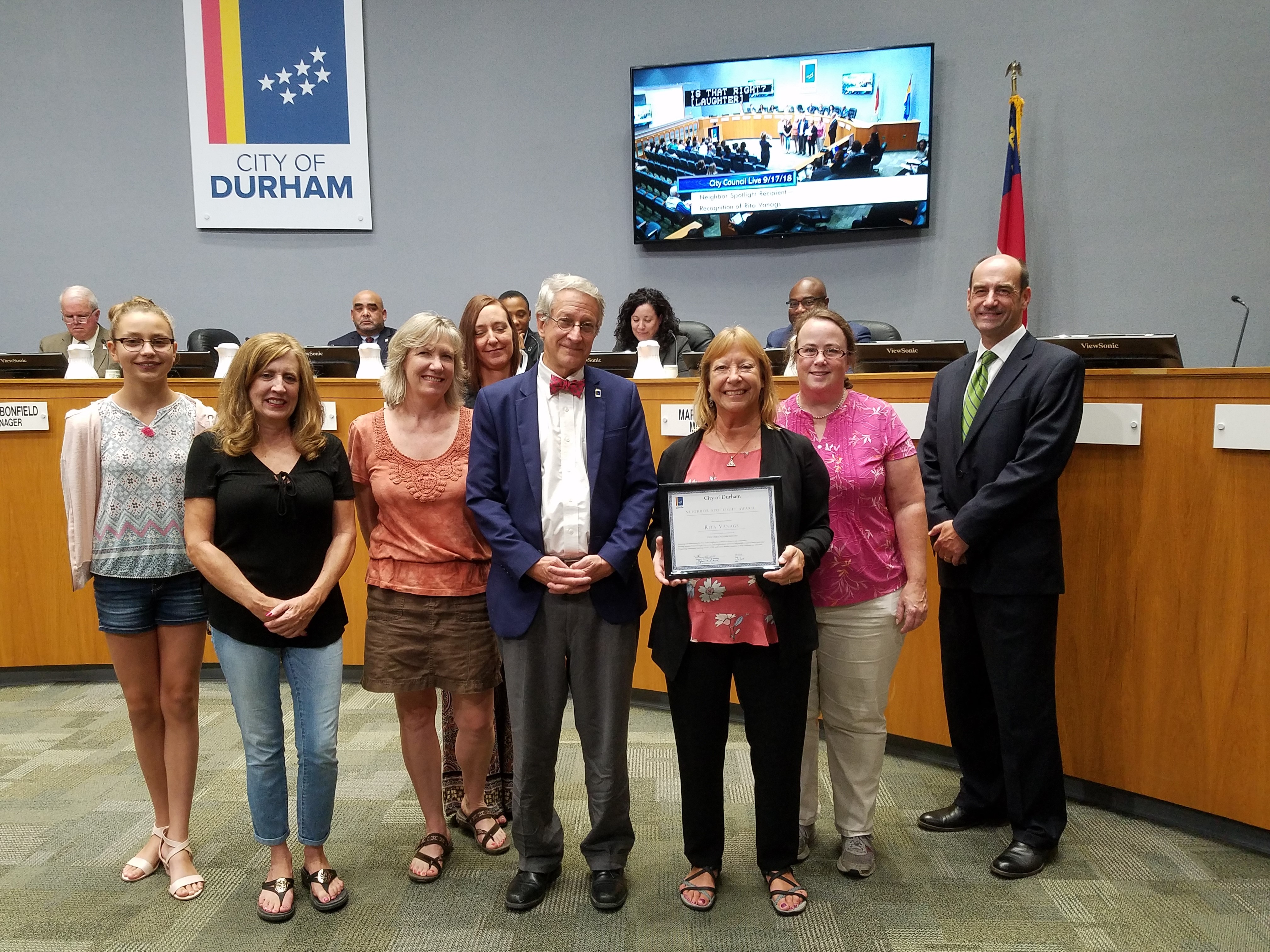 Congratulations to Rita Vanags! She is the City of Durham’s Neighbor Spotlight for September 2018. Ms. Vanags was recognized for her work in the Five Oaks neighborhood, where she has lived for 11 years.

Ms. Vanags describes her neighborhood as extremely friendly, where everyone knows each other. She says it is a safe community with the best pool and recreational association.

After a series of burglaries six years ago, Rita helped start the Five Oaks Neighborhood Watch. At their kickoff meeting, 60 people showed up.  They started organizing, and each of the four communities within designated block captains. Then they connected with Conni Rivers, one of the PAC 3 co-facilitators, who share her neighborhood organizing experiences and insights.

When the Five Oaks Neighborhood Watch first began, there was a lot of interest. However, as crime decreased, Ms. Vanags found it difficult to keep people engaged. So the neighborhood starting hold more special events to keep people active. For their neighborhood meetings, Ms. Vanags organizes guest speakers and special activities, including CPR Classes and active shooter training. Their most popular event is National Night Out, which is attended by about 100 residents each year.