National Night Out at the Gardens

National Night Out at the Gardens 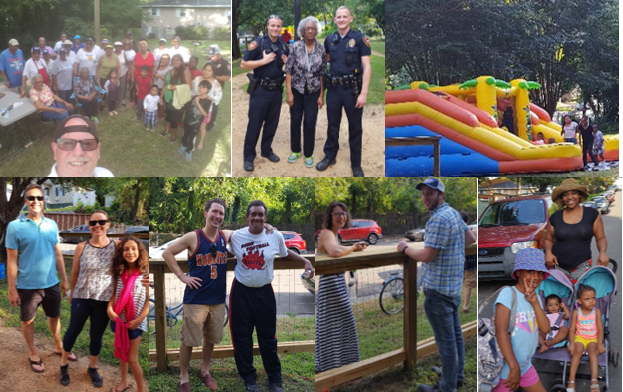 ALBRIGHT COMMUNITY – Celebrating not only National Night Out, but also the 25th anniversary of the creation of Partners Against Crime (PAC), Albright residents and friends came out in numbers for the occasion.  The increase in Hispanic families that attended was inspiring as this population is the largest in Albright.  An estimated 75 people (ages 0 to over 80) filled the lot know as the Albright Garden with laughter, good food, and pride in a community that is one of seven that came together to create PAC.

For Association President Dorothy Kelly, the occasion was bittersweet.  The Albright Open Space Re-Design Team had completed most of the work to transform the garden to a place for use by the Durham Community.  Team members put in 300 volunteer hours under the City’s Neighborhood Matching Grant (NMG) and, to date, about 475 volunteer hours under the Durham Open Space and Trails (DOST) Grant.  Work included adding a walking trail, fencing, shade sails, memorial statute, and flowers.

Mr. Kelly devoted so much time at the garden tilling the soil, planting seeds, and harvesting vegetables.  After the team ended a build day, he would always say, “You’re doing a good job at the garden.”  We believe he celebrated National Night Out with us. 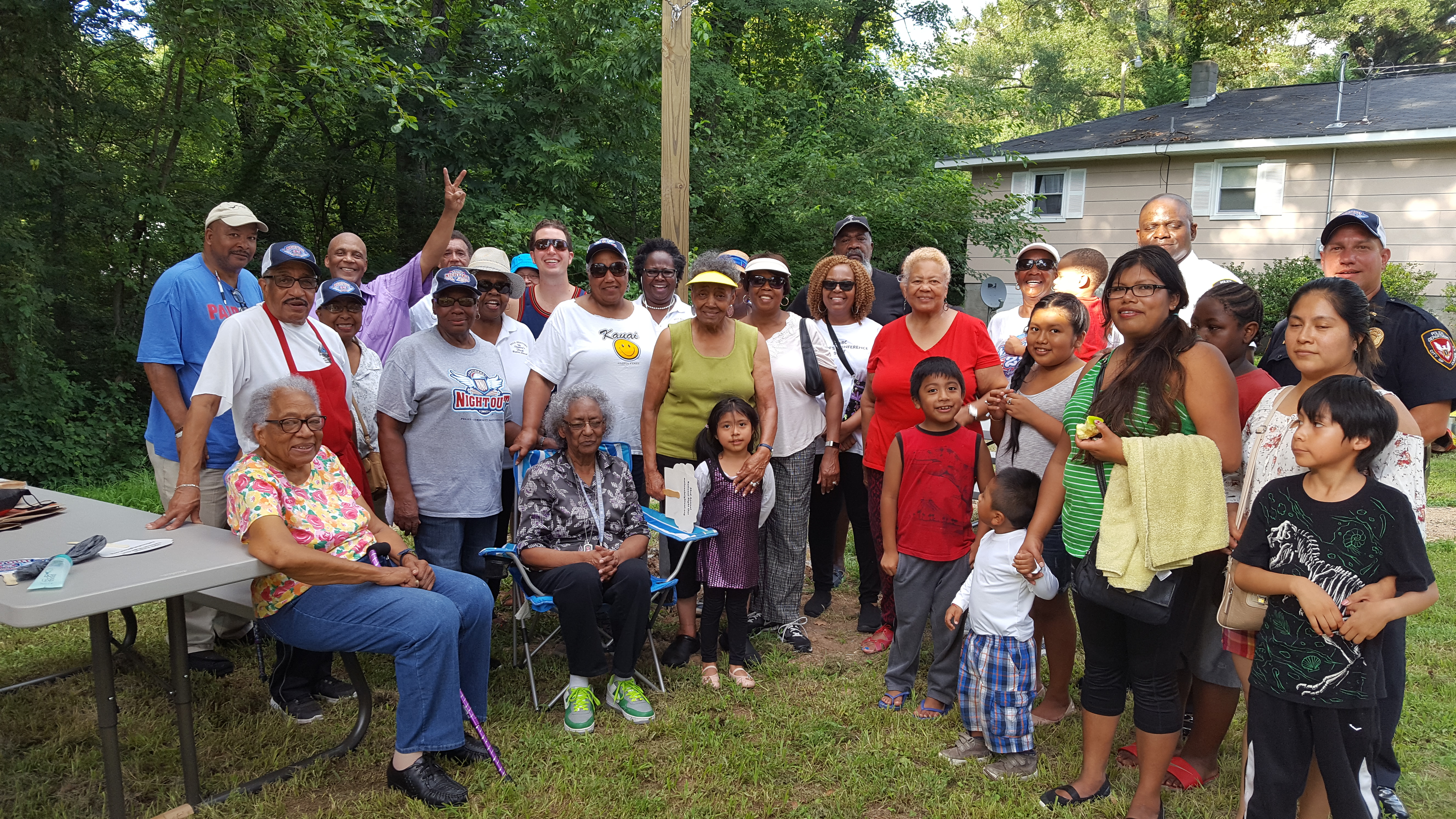